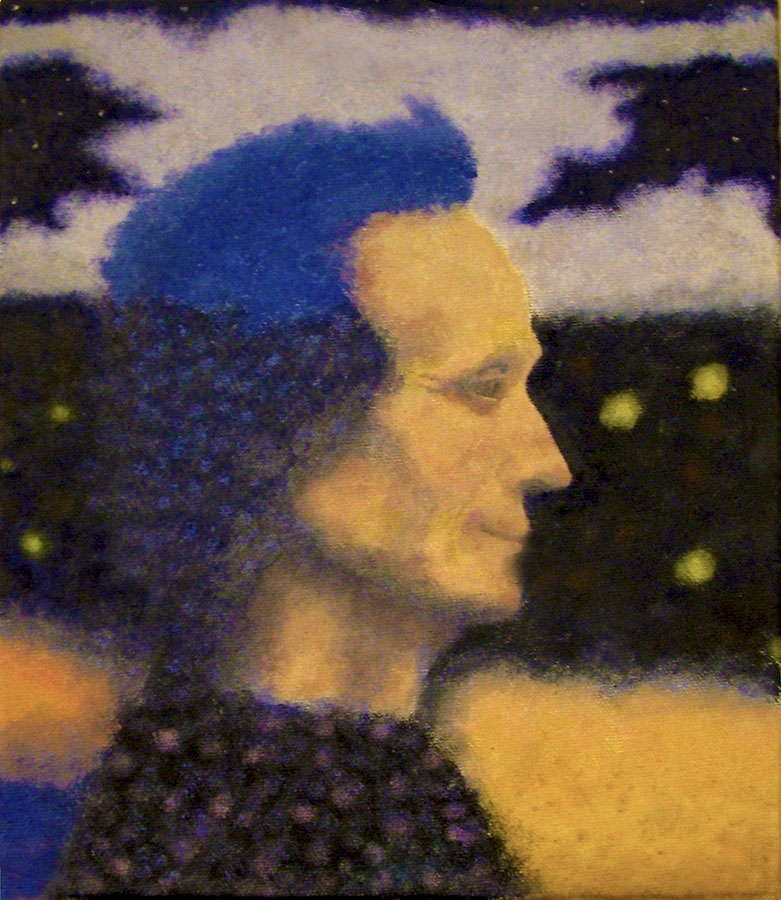 Where to see it: (Privately owned) By arrangement with ALBA Acupuncture clinic, Edinburgh, Scotland.
Contact:  07806 634498 or Email: donalba47@gmail.com

There was a time I became an invalid, with no telling when I might ever get better. In 2007 I became ill from a viral infection which then developed into a form of ME, of which there was no known cure. It resulted in me having very low energy, difficulty walking, and confined to bed on bad days.

Over a year into my invalidity, an old friend, Donald Stephen (from my Scottish Wildlife graphic department days) who I had lost touch with, herd of my predicament, and wanted to try and treat my condition with Chinese medicine, of which he had now become a qualified and talented practitioner. It is thanks to his care, I fully recovered at last, when nothing else had worked, and remain ever grateful.

Donald Stephen is the ‘Healer’ in this portrait. The picture is dedicated to him and perhaps, all healers.